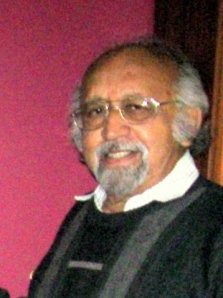 I am an octogenarian bicultural Asian-Australian, formed by the communalism and spirituality of Asia, but with my feet firmly grounded in the individualism of the West. I am a communitarian small-l liberal, and a freethinker in matters religious.  I seek to contribute to building a bridge between these cultures (as suggested to me by the spirit world about 2 decades ago); and have thereby been writing about issues relating to migrant integration (but not assimilation).

I claim to be widely read. A professor of history and politics (a published author of renown), who treats my books as representing a sliver of post-war Australia’s history, described me as an intellectual who cannot be categorised (but not slippery). Two of my books were recommended in 2013 by the US Review of Books. All of my six books were reviewed favourably by senior academics and other notable persons.

My books are all experience-based, including the book of short, short stories of imagined people and situations.  Usefully, I was Director of Policy on migrant settlement-related issues over nine years in the federal public service. My highly interactive and contributory life, reaching leadership positions in civil society, also contributed to my writing, as did a demeaning life under British colonialism, a half-starved existence under a Japanese military occupation, and exposure to the White Australia-era racism, sectarian religion-fuelled tribalism, and a denial of equal opportunity.

You can find additional information at www.dragonraj.com

I  have 44 short articles published on www.ezinearticles.com on a wide range of issues, most open-ended, thereby inviting intelligent readers to reach their own conclusions.